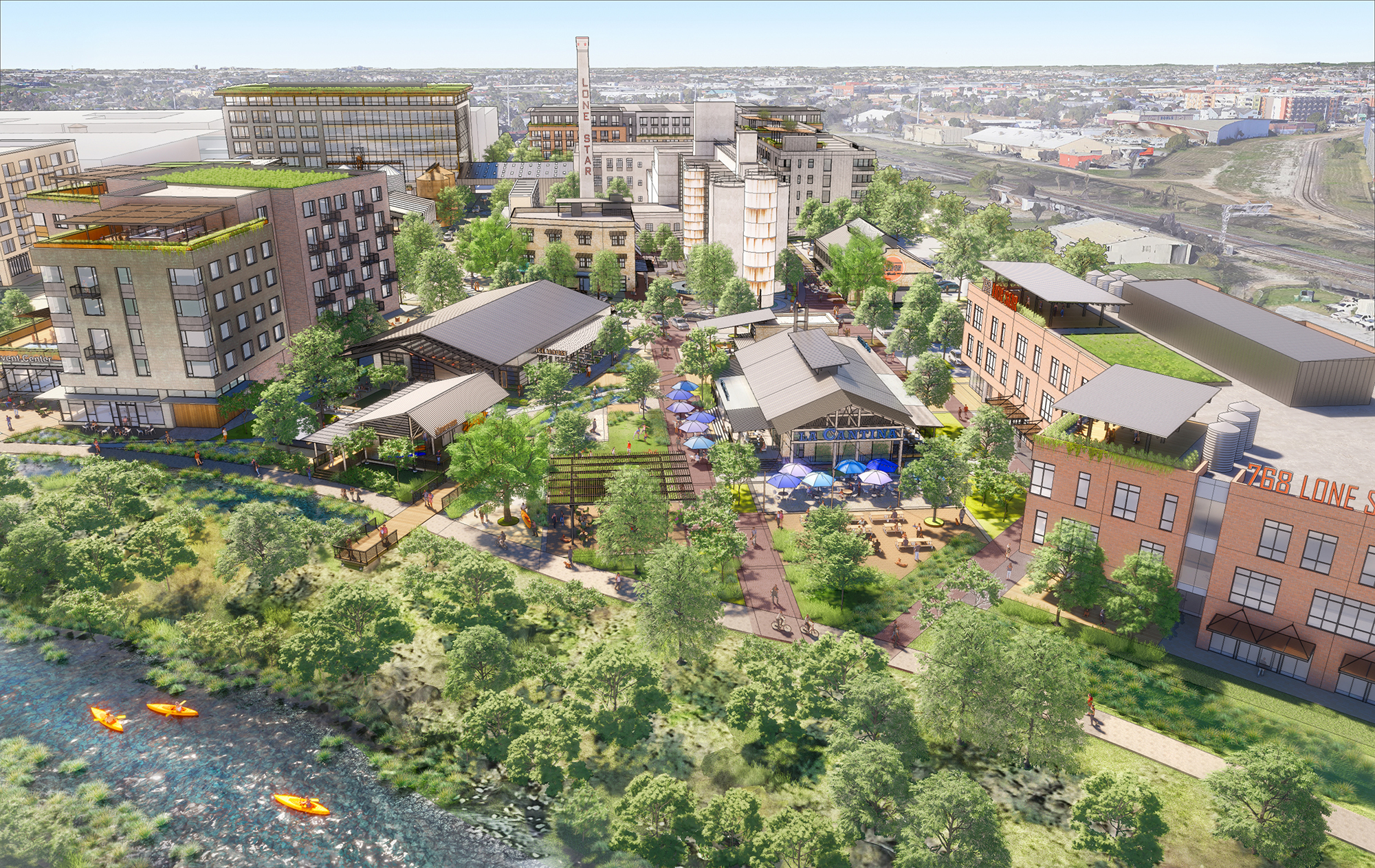 Just 1.5 miles south of downtown, Lone Star District is located within San Antonio’s Southtown Arts District. Known for its vibrant art and restaurant scene including Blue Star, the area is also one of the most desirable residential areas in the city, with five neighborhoods including King William, Lavaca, Lone Star, Collins Garden and Roosevelt. The site borders the San Antonio River, boasting over a quarter mile of river frontage on the Mission Reach, and is adjacent to Roosevelt Park.

“Lone Star District will enhance the eclectic nature of its surroundings. The project’s scale, density, sensibility and aesthetic have been meticulously planned to respect its context and ensure authenticity,” said Jonathan Brinsden, Midway’s Chief Executive Officer. “From reimagining existing spaces to ground-up development, Midway has strived to create balance in each of its projects for over 50 years. By envisioning the needs of the community, our investors, tenants, residents, team members and guests, we deliver projects of distinction, aesthetic relevance and enduring value.”

As a real estate investment firm whose purpose is to create enduring investments, Midway and its partner GrayStreet Partners, plan to develop Lone Star District over a decade. The master plan applies a multi-phased approach with opportunities for both redevelopment of the existing historic buildings as well as approximately 15 acres of vacant land. Early stage activations will invite people to experience the site, which has been in accessible to the public for decades.

“Sharing the community’s cherished memories and longstanding ties to the former Lone Star Brewery and the historic Lone Star Buckhorn Saloon and Museums, we’re thrilled to honor the site’s historic legacy, the neighborhood, and the people who have come before us, while also embracing change and generating excitement for what comes next,” said Kevin Covey, Managing Partner of GrayStreet Partners. “Lone Star District will amplify what is best and irreplaceable about San Antonio: cuisine, history, arts and culture,”

The first phase of Lone Star District is a 12-acre mixed-use project located directly south of Lone Star Boulevard. Centered on the site’s historic core, Phase One will feature a curated mix of residential, office, retail, restaurants, bars and entertainment venues. Renovated historical buildings will remain alongside new construction to create an environment that is unique and differentiated from other local offerings. The walkable environment will encourage an active, al-fresco lifestyle with Southwestern-style open-air plazas, pocket parks and dynamic outdoor programming. Thoughtfully designed with multiple points of entry, Lone Star District will also provide greater connectivity for pedestrians and bikers to surrounding neighborhoods.

Lone Star District is primed to become a new regional connection for residents and visitors alike, offering direct access to major thoroughfares including I-10 and I-35. The five Spanish colonial missions that make up Texas’ first and only UNESCO World Heritage Site are all located within six miles of Lone Star District, making it a convenient stop for tourists to experience San Antonio’s local flair. Other nearby attractions include the Alamo and the King William Historic District.

“Inspired by local context, history, natural amenities and the city’s energy, Lone Star District will be unique and differentiated from other local offerings,” said Don Quigley, Vice President of Investments and Development for Midway. “By embracing and expanding the existing Southtown Arts District programming, Lone Star District will redefine the conventional mixed-use environment and deliver an experience rich of culture and vibrancy, complete with desirable retail options, an array of events, entertainment and dining choices.”