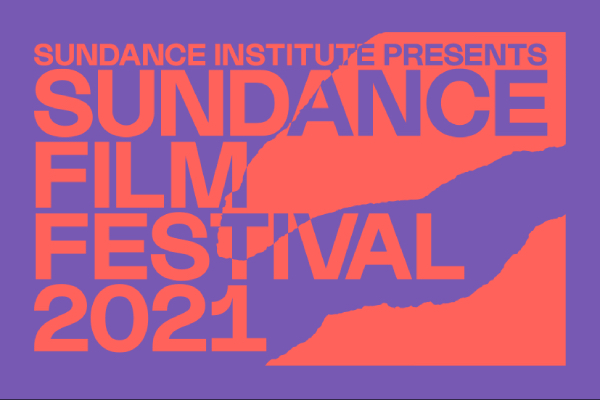 Houston Cinema Arts Society (HCAS) is partnering with Sundance Film Festival to host a Sundance Satellite Film Festival in Houston January28 through February 2, 2021 at Moonstruck Drive-In Cinema at East River. Expanding beyond its Utah home, the Festival has created a network of partnerships to bring feature films and customized local programming -- talks, events, artist meet-ups -- to communities across the country. As one of the only three 2021 Sundance Film Festival world premiere locations in Texas, The Moonstruck Drive-In Cinema at East River world premiere showings will accommodate up to 150 cars, making it one of the largest satellite locations in the country.

“We at HCAS are so excited to be partnering with the Sundance Film Festival on presenting a Sundance Satellite Film Festival in Houston,” HCAS Artistic Director Jessica Green said. “This is a rare opportunity to bring together a world-renowned film festival, featuring the best in global independent film, with Houston, the United States’ most emergent global and diverse city. We are excited to share some of the best of the 2021 Sundance Film Festival in real time, with Houstonians, along with ‘Beyond Film’ virtual programming featuring, and in partnership with local filmmakers, artists and organizations.”

Located at 100 Bringhurst Street, just off Clinton Drive across from The New Potato, Moonstruck Drive-In Cinema at East River’s films are projected on a 40-foot by 80-foot structure made of shipping containers. Entrances open at 6:30 p.m., and films will begin at approximately7:30 p.m. Parking spots are first-come, first-served, so guests are encouraged to arrive early to reserve their viewing location.

“We are thrilled to support this initiative that brings the community together in interesting ways to engage with new artists and new stories,” said Jonathan Brinsden, Midway’s Chief Executive Officer.“ Creating these types of transformational experiences is a cornerstone of East River’s carefully designed, multi-phased, mixed-use development and we welcome Houstonians to immerse themselves.”

During the screenings, food and beverages will be available for contactless purchase from popular local food trucks and Historic Fifth Ward and East End establishments, including Gulf Coast Distillers, Mingo’s Kitchen, Las Brasas Tacos and Fork and Skewers. Portable restrooms will be available for responsible use, and guests are encouraged to wear masks and practice social distancing protocols.

The 2021 Sundance Film Festival Official Selection sat Moonstruck Drive-In Cinema at East River will each be preceded by an HCAS curated pre-show reel. Tickets for in-person screenings are now available at www.moonstruckdrivein.com. Starting at $30, admission fee includes a car permit and tickets for all passengers. The lineup is as follows:

As a CODA – Child of Deaf Adults – Ruby is the only hearing person in her deaf family. When the family’s fishing business is threatened, Ruby finds herself torn between pursuing her love of music and her fear of abandoning her parents. Cast: Emilia Jones, Eugenio Derbez, TroyKotsur, Ferdia Walsh-Peelo, Daniel Durant, and Marlee Matlin.

As a family in Hawai'i faces the imminent death of their eldest, the ghosts of the past haunt the countryside. Cast: SteveIwamoto, Constance Wu, Kanoa Goo, Chanel Akiko Hirai, Tim Chiou, BoonyanudhJiyarom.

Two African American women who can"pass" as white choose to live on opposite sides of the color line in1929 New York in an exploration of racial and gender identity, performance, obsession and repression. Based on the novella by Nella Larsen. Cast: Tessa Thompson, Ruth Negga, André Holland, Alexander Skarsgård, Bill Camp.

Ana is transported to a dreamlike and dangerousland where she joins an army of girls engaged in a never-ending war along arugged coast. Though she finds strength in this exhilarating world, she comesto realize that she's not the killer they want her to be. Cast: Grace VanPatten, Mia Goth, Havana Rose Liu, Soko, Théodore Pellerin, Juliette Lewis.

Judas and The Black Messiah / U.S.A.

Amy Tan has established herself as one of America's most respected literary voices. Born to Chinese immigrant parents, it would be decades before the author of The Joy Luck Club would fully understand the inherited trauma rooted in the legacies of women who survived the Chinese tradition of concubinage.

HCAS has also curated a “Beyond Film” series to compliment the official Sundance selections. Programming will include a screening of Miss Juneteenth, the Texas-based film that premiered at the 2020 Sundance Film Festival, at the historic DeLuxe Theater Pop Up Drive-In in the Fifth Ward on Sunday, January 31 at 7:30PM; a free virtual conversation between Miss Juneteenth director Channing Godfrey Peoples and HCAS Board Member Richard Linklater on January 28 at 4PM (registration required); and the return of the Black Story Media Summit - Texas on an invite-only virtual platform on Tuesday, February 2 from 10AM-4:30PM.

The 2021 Sundance Film Festival will also be offered digitally via a custom-designed online platform, providing global access for storytellers and audiences alike to come together, experience artists new work, connect with one another, and participate in conversation. Online, Festival attendees can gather in virtual waiting rooms, participate in live Q&A’s, and congregate in new environments to interact in a range of ways, both new and familiar. The Institute shared details of how the Festival will meet audiences on the online platform and Satellite Screens in December.