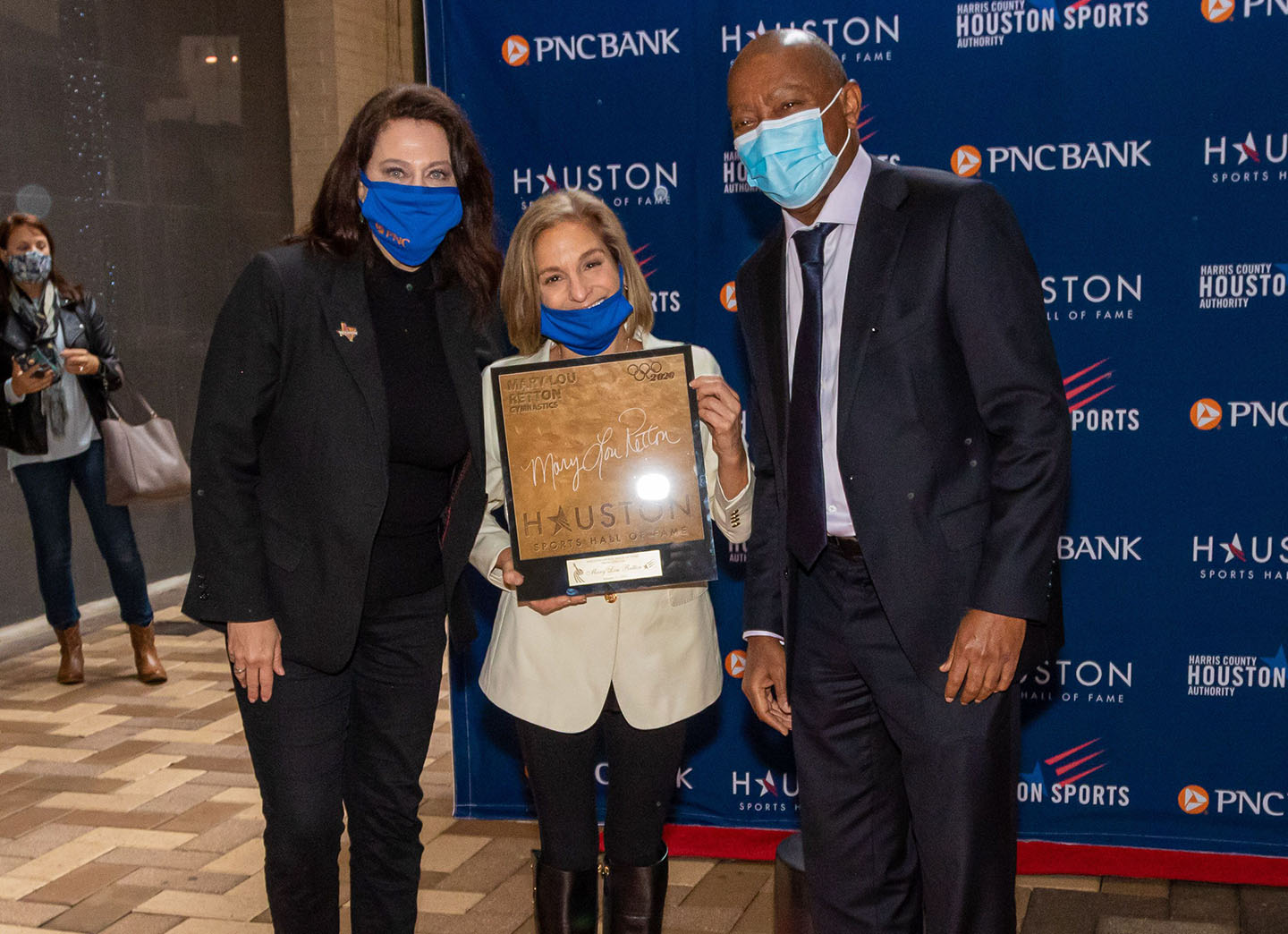 The Roaring 20s. It was a decade that ushered in glitz, glam, Art Deco, speakeasys, silent movies, Model Ts and jazz; a golden age filled with flappers, legends and unforgettable moments that still make us smile.

A century later and with a backdrop of that GOLDEN ERA, the third annual Houston Sports Awards will honor three Houston icons whose careers were marked by golden moments of their own – CARL LEWIS, MARY LOU RETTON and RUDY TOMJANOVICH – as the 2020 Class of the Houston Sports Hall of Fame presented by PNC Bank.

Who can forget the cover of Sports Illustrated and headline “Only You Mary Lou” when Retton vaulted her way to a perfect 10 to become the first American woman to win the all-around gold medal at the 1984 Olympic Games? She captured America’s heart that night and earned the nickname of America’s Sweetheart, winning four more medals – two silver, two bronze – and redefined U.S. women’s gymnastics.

Retton moved to Houston at 14 to train with the legendary Bela and Martha Karolyi and really never left. Now, at 51, she is the mother of four girls and the first woman to be inducted into the Houston Sports Hall of Fame.

“I’m humbled completely with this honor,’’ Retton said. “It’s been almost 40 years since I won my gold medal in the Olympics in ’84. It’s very humbling to be recognized so many years later.  “. . . I want to teach my daughters and all women – that you can do anything and (that) women are equal to men. And 2020, I’m (being honored in) a class with two men. To be the first woman? It’s quite an honor.’’

Lewis is arguably the greatest track and field athlete of all time. The former University of Houston star and current assistant coach, won nine Olympic gold medals and eight gold medals at the Outdoor World Championships and set the 100-meter world record 1991, holding it until fellow Cougar and current UH track coach Leroy Burrell broke it in 1994.

“I’ll tell you, it’s really, really special,’’ Lewis said. “This past August it was be 40 years since I walked onto this campus (as a freshman). Everything that’s great that’s happened to me as an adult has happened in Houston. I’ve lived here, I’ve been part of the city, I’ve been part of this university. And it’s really, really special to be in the Hall.’’

Tomjanovich played his entire career for the Houston Rockets, then coached the team to back-to-back NBA titles – and the city’s first world championships -- in 1994 and 1995. Following his team’s sweep of Orlando in the 1995 championship, Tomjanovich delivered an iconic admonishment to those who doubted his team, saying “Don’t ever underestimate the heart of a champion.”

He was the second player taken in the 1970 draft and averaged 17.4 points a game over his 11-year playing career. He finished his NBA coaching career with a 527-416 record and coached the U.S. to Olympic gold in 2000 in Sydney.

“I was very surprised,’’ he said. “Of course, I’m humbled. It means a lot to me, especially because it’s Houston. I lived here, I was part of that fan base for the Oilers, Astros and our basketball team. To get those championships and to be recognized by the city’s hall of fame is fantastic.”

In addition to being honored on January 21, the 2020 Class will be honored with individual plaques on the Houston Sports Walk of Fame as well as custom-designed HOF rings created by Diamond Cutters International and a custom Knot Standard blazer.